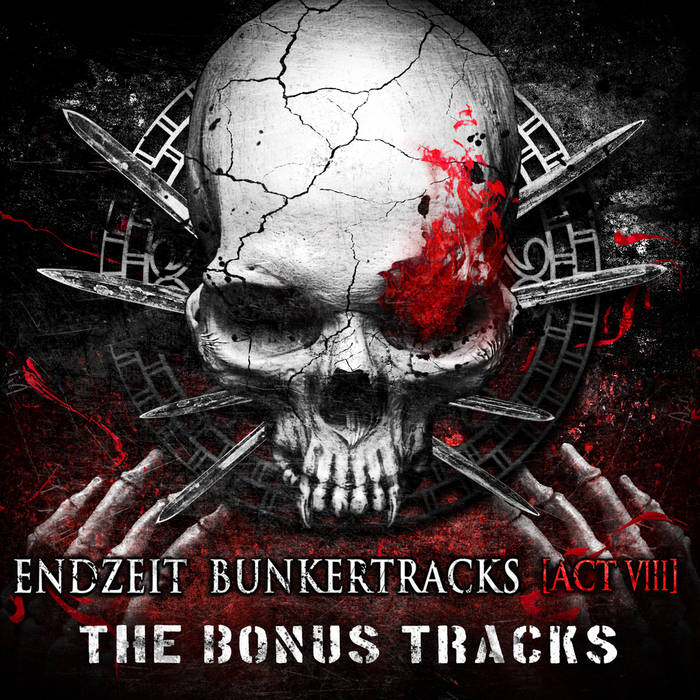 Over the last 15 years “Endzeit Bunkertracks” has established itself as the most successful and classic must-have compilation concepts on the dark electronic scene!

Well, ladies and gentlemen… our Endzeit warrior escaped from the bunker once again and he is now furiously heading your way at full speed for another high-impact sonic assault without any compromise. “Endzeit Bunkertracks [act 8]” is there and it will be hitting straight and hard: run for shelter or face the sound of evil! Take this new brainwashing selection of the best dark, harsh elektro and modern power noise acts from the underworld straight into your face. Over 8 hours of sonic extravaganza in all its diversity spread over some 112 tracks!

Once again released as a deluxe 4CD carton box including an extended 32 page booklet masterfully designed by Japanese designer Tomoki Hayasaka (SheerHeart.jp) for your visual pleasure and a bonus download access to some 40 additional songs!

This new selection of terrific and terrifying club invaders again features a very diverse and international approach with artists coming from every corners of the (under)world.

A FREE Alfa Matrix label compilation "Sounds From The Matrix 020" is also included in every compilation box.