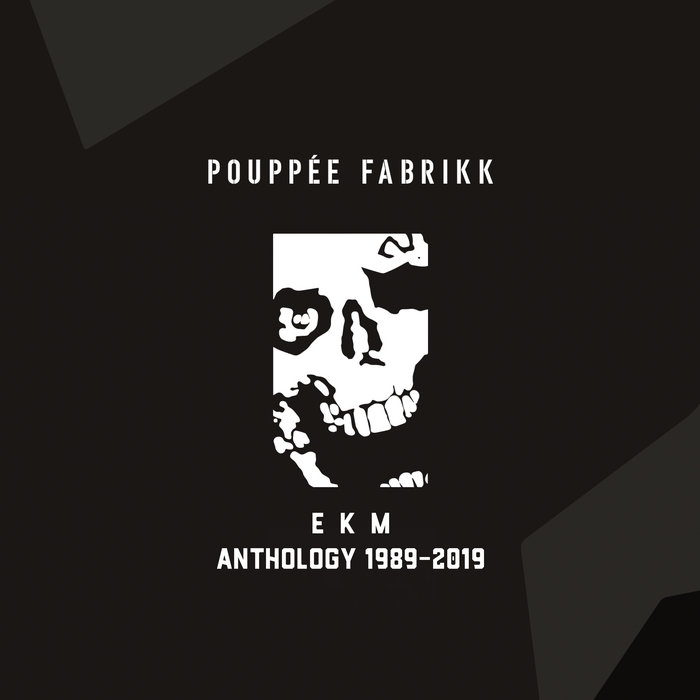 Cult Swedish elektro punk band POUPEE FABRIKK are the leaders of the EKM movement (Elektronisk Kroppsmusik) - physical music that makes you want to get up and move. Since 1987, POUPPEE FABRIKK has never been about perfection or being nice. They stand for 100% primitive electronic with attitude. No compromise, no restraint! In 2020, their new studio album “Armén” brought POUPPEE FABRIKK back to the forefront of the EBM scene.

Frustrated by the cancellation of so many concerts and festivals because of the COVID19 pandemic that deprived them of these precious and unique moments of communion with their fanbase, POUPPEE FABRIKK decided to come into action and drop this massive anthology box gathering some 6 CD’s for 94 tracks totaling over 6 hours of EKM, retracing the band’s first 30 years of activities between 1989 and 2019, and including some 42 exclusive tracks (rare versions, mixes or previously unreleased on CD).

The 6CD boxset can be ordered here: alfa-matrix-store.com/Pouppee-Fabrikk-EKM-Anthology-1989-2019-limited-edition-6CD-box

Strictly limited to 500 units worldwide, this deluxe carton box does not only present fully remastered versions of POUPPEE FABRIKK’s entire “PRE-Alfa Matrix” CD discography including their long deleted classic “Rage” and “Die Jugend” debut releases, but also all following albums and EP’s in the likes of “Portent”, “Summoning”, “We Have Come To Drop Bombs”, “Betrayal”, “Your Pain Our Gain” and “Elite Electronics”. An anthology collection reminding us that the music of POUPPEE FABRIKK was originally heavily focused on minimalistic powerful electronic style between DAF and NITZER EBB, then their sound switched towards a crossover mix of electro with metal guitars bringing them closer to a band like DIE KRUPPS, before seeing POUPPEE FABRIKK returning to their solid early-Electronic Body Music sonic roots with “The Dirt” and “Armén”!

Hardcore fans of the band will surely appreciate getting all previously digital-only releases finally made available on CD format for the very first time (“Bring Back The Ways Of Old EP”, “H8 U EP”, “Watch Your Sex 2017 EP”, “Only Control” EP).

Icing on the cake, besides the totally unexpected live bootleg album “One Leg In The Grave” featuring some 13 gritty and dirty live tracks recorded between 1989 and 1994 in Växjö, Sala, Köping, Örebro and Stockholm, showcasing the burst of anger of POUPPEE FABRIKK’s unmatched live performances, the Swedish gang also decided to offer to their fanbase 9 stunning hi-energy powerful rehearsal recordings made between 2014 and 2016, 6 other very rare tracks/versions and early demos, plus 3 exclusive remixes by PLASTIC NOISE EXPERIENCE, NEXUS KENOSIS and ANGST.

Constantly breaking the codes and confirming their angry and impulsive assault against all forms of control and oppression, urging their army of fans to take command on their lives, POUPPEE FABRIKK included 2 skull-tagged “Watch Your Sex” condoms in the box. See it as a potential form of control or
protection: up to you!